An Evening with John Whelan 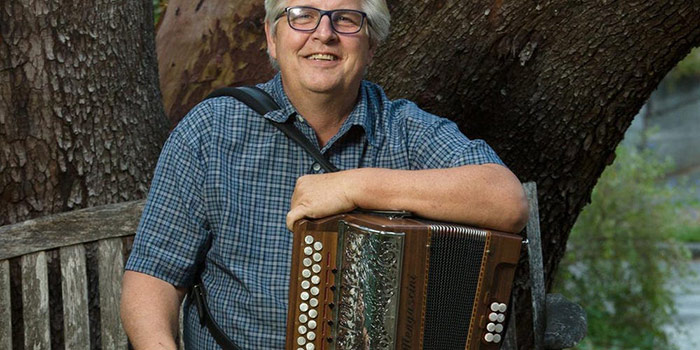 Seven-time all-Ireland champion John Whelan is one of the world’s best living Irish button accordion players. John was raised in the vibrant London Irish music scene of the 1970s, and learned his craft from such legends as Lucy Farr, Roger Sherlock, Paddy Taylor, Mick O Connor and his teacher Brendan Mulkaire.

He moved to the USA in 1980 and has been inspiring Celtic musicians and fans ever since. Along with his All-Ireland Championships, he was twice awarded musician of the year from the Irish Music Association. He has over 15 CDs and has performed on Late Night with Conan O’Brien. John Is also a sought-after composer and producer. His music has been featured on such TV shows as Sex in the City, History’s Mysteries, and History Detective.

Today, John performs with the John Whelan Band and has recently teamed up with his old pal Brian Conway forming the group Gailfean, which also features Máirtin De Cógáin and Don Penzien. Gailfean has recently released a new CD.