An Evening with Poinsettia 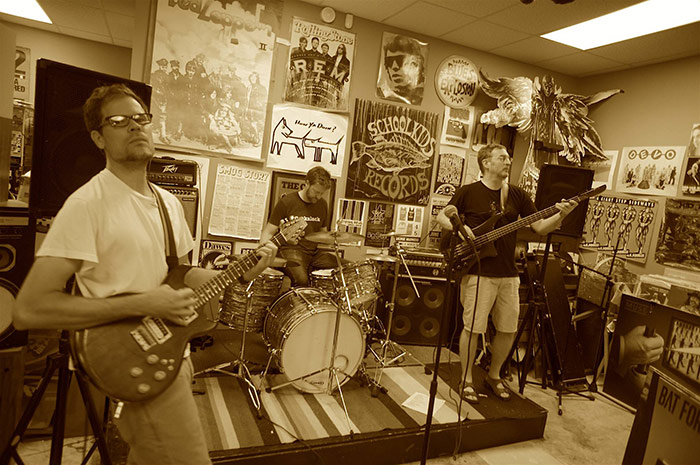 “The endearingly ramshackle riff rock of Raleigh’s Poinsettia vacillates between the tongue-in-cheek slacker blues of “Motel Room” to the supercharged Archers-like nineties indie of “Necklace Vial”, all rendered with the ebullient, off-the-cuff charm of the best sort of low-stakes enterprise.” — Timothy Bracy, INDYweek