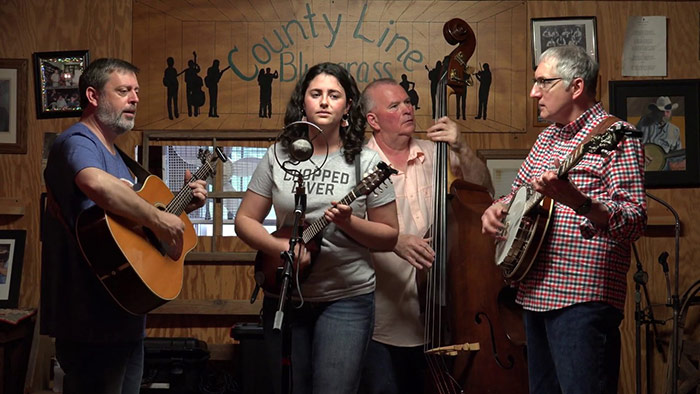 Shannon Baker – I was born in Wilson County, North Carolina. I’ve been singing in front of crowds since the age of five. From singing in church to doing the National Anthem at baseball games and tractor pulls, my love for music has grown with me since the very first time I stepped on stage.

Brent Wiggins – grew up in Wilson County. He’s been singing since he can remember. “Do You Know the Muffin Man” at age 3, was his first big hit. Starting on an old Sears & Roebuck guitar at 13, he has explored a variety of instruments including violin, piano, pipe organ, mandolin and banjo. His interest in acoustic music has led him to play in multiple bands and continues to fuel his love for music.

John Dudley – grew up in eastern Mississippi and began to learn bluegrass banjo and guitar in his teens. Though bluegrass wasn’t in the family, his mother, a piano teacher and cousin who played guitar were strong music influences. He has played in several bands over the years, playing now with Damascus Ridge and The Hey Brothers.