An Evening with the Brown Mountain Lightning Bugs 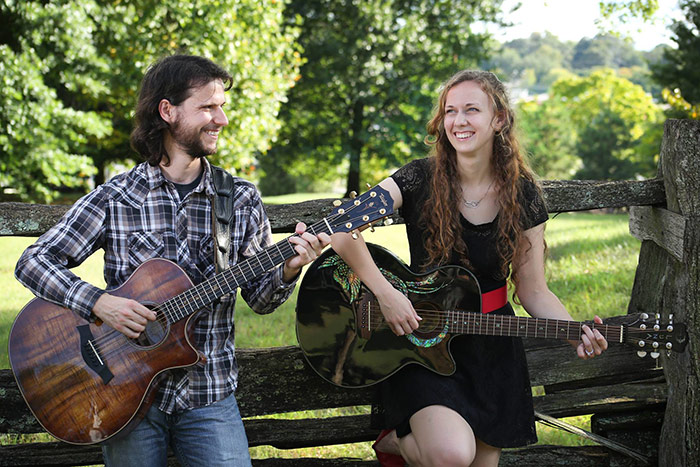 We are stoked to be playing at Magnolia Roots Music Lounge on February 22rd as part of the Wake Forest Listening Room series!

Kendra and Zack Harding form The Brown Mountain Lightning Bugs, a folk(ish)/Americana group hailing from Winston-Salem, NC. The band made its debut in 2015, shortly after the two tied the knot in an old chapel in the heart of the Piedmont.

Combining their unique backgrounds that range from classic rock to classical guitar, they create a unique blend of original music with deep roots in the past, just with a contemporary twist here and there.

Kendra began playing guitar and writing songs as a teenager, and cites Jon Foreman and Regina Spektor as two of her biggest influences. She later joined choir and theatre programs at her high school and was hooked from there on out. She thought of herself as a solo act until she met Zack on a snowy night in 2014, when she started thinking a duo might not be so bad, either.

When she’s not playing or writing music, she can be found making jewelry, playing video games, or hiking the mountains of North Carolina with her husband Zack and their dogs, Joni and Moon Moon.