An Evening with The Roman Spring 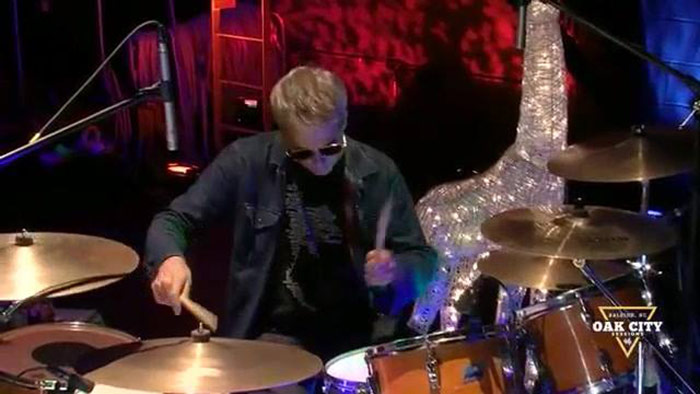 After the demise of his rock outfit Colourslide, singer/songwriter Alex Lawhon decided to start a new band using some of the area’s best musicians:

“I envisioned The Roman Spring to be much more than a solo project,” states Lawhon, “ I wanted it to be a band, but with an open door policy . . . I’m very lucky to have friends who just happen to be some of the most talented people in the world, and I invited them all to contribute when they could.”
A great idea, but after several changes in lineup, it became apparent that The Roman Spring needed to evolve into something more sustainable.

“I said to myself, if I could have anyone that I wanted to play in a band with, who would it be?” Alex put the call out to the first four names that came to mind. “Every single one said yes! Unbelievable!” and so entered Rob Clay (Cravin Melon, The Veldt, Parklife), Scott Carle (Dillon Fence, Collapsis, Lost in the Trees), Sam Clowney (Parklife, The Veldt) and Chad Barger (Cravin Melon, Roger Gupton) into The Roman Spring as it stands today. Their combined experience is quite staggering when you consider that one or another of them has either toured or shared a stage with such notable acts as Wilco, John Mayer, Weezer, Lemonheads, Third Eye Blind, Pavement, The Black Crowes, Maroon 5, Gavin Degraw and Jet , while Alex’s songs have achieved substantial radio airplay, as well as having landed several national television spots on ESPN, MTV, ABC Family, E!, and OXYGEN.

“I’ve been a huge fan of all these guys both personally and musically for as long as I can remember,” Alex enthuses. “Playing with all of them is more than wonderful, and Rob is a fantastic songwriter in his own right, so the amount of material that we’ve assembled in such a sort time is amazing.”

The momentum the band is currently enjoying has taken them all by surprise: The five are all veterans of the NC scene, but far from viewing this as just another gig, they’ve all jumped into the project head-first, each with a fresh and immediate perspective driven by the rare musical chemistry they share and the strength of the new material. As likely to appeal to indie audiences as much as they would to fans of country music, blues or rock, The Roman Spring has plenty of crossover appeal while retaining the integrity that comes with the delivery of a truly good song.